Despite a cancer scare and the questions it raised about her fertility, Catherine Cuello-Fuente has never felt so good. After being diagnosed with a malignant cyst on her left ovary known as a ‘contained germ cell tumour’, Catherine had emergency surgery. The doctors removed the cyst along with her left ovary which was later found to be healthy. Although she was given the all-clear, her doctors encouraged her to undergo preventive chemotherapy, raising questions about the immediate and long term side effects this would have on her health and well-being. A chance encounter with a book by the renowned New York Times best-selling author and cancer survivor, Kris Carr, encouraged Catherine to completely change her lifestyle. Instead of chemotherapy she chose to have her tumour markers monitored closely and she went from eating a diet heavy in fried foods and meat to being a raw vegan.

With her entrepreneurial spirit and newly-discovered focus, Catherine founded GreenHopping, an app to help people make healthier choices and find places to eat plant-based, organic options. I caught up with her as she prepared some of her favourite dishes to find out more about the decisions she made and how this influenced an extreme shift in her career. 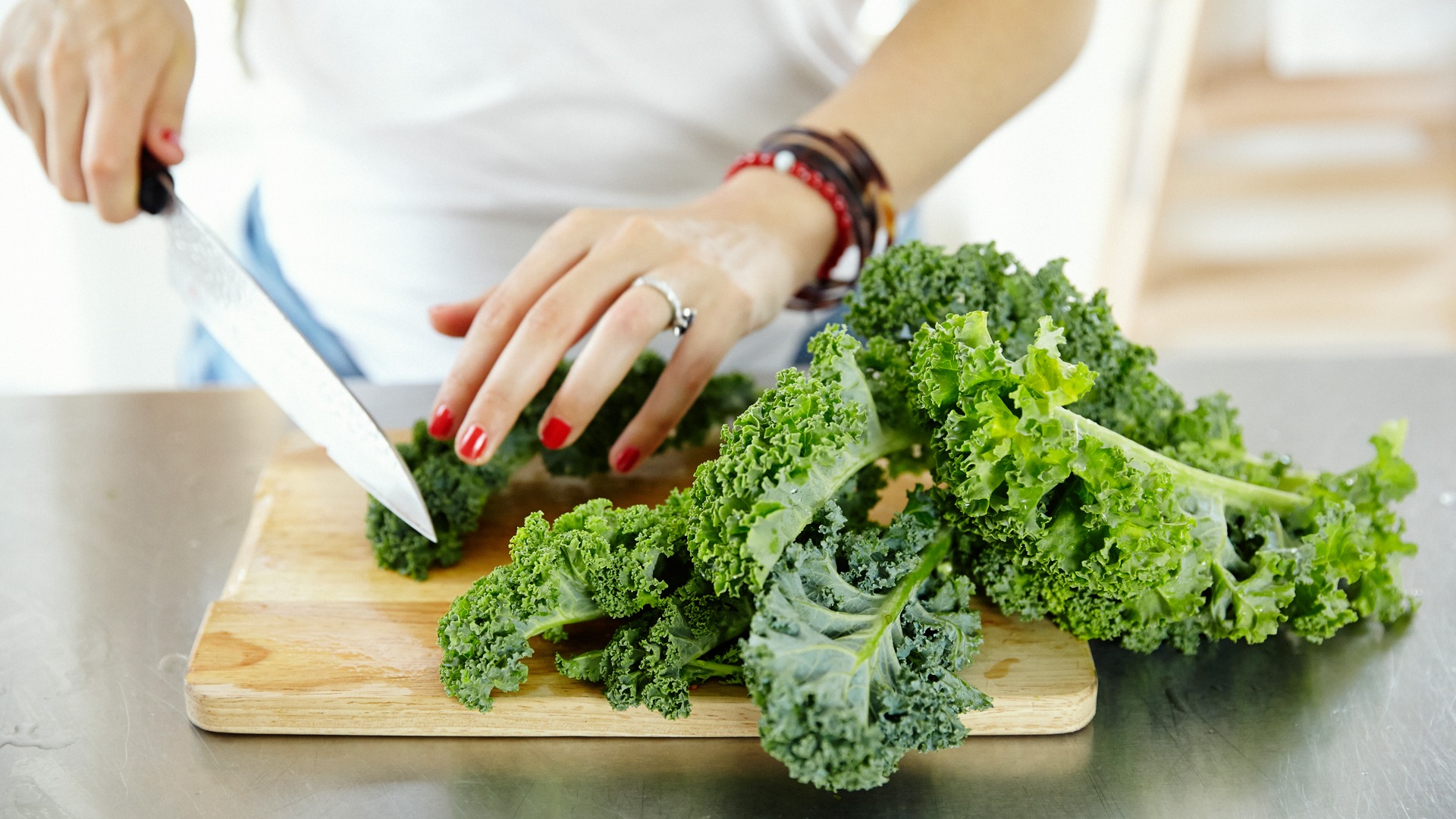 Alastair
Could you tell me about your diagnosis and the changes you were noticing in your body?

Catherine
When I came to New York I worked in a PR agency, which was extremely demanding. It was my first job out of college and I just wanted to excel at all the tasks I was given. I was tired all the time and not sleeping, and my diet was really bad, although at the time I didn’t know I wasn’t eating well. 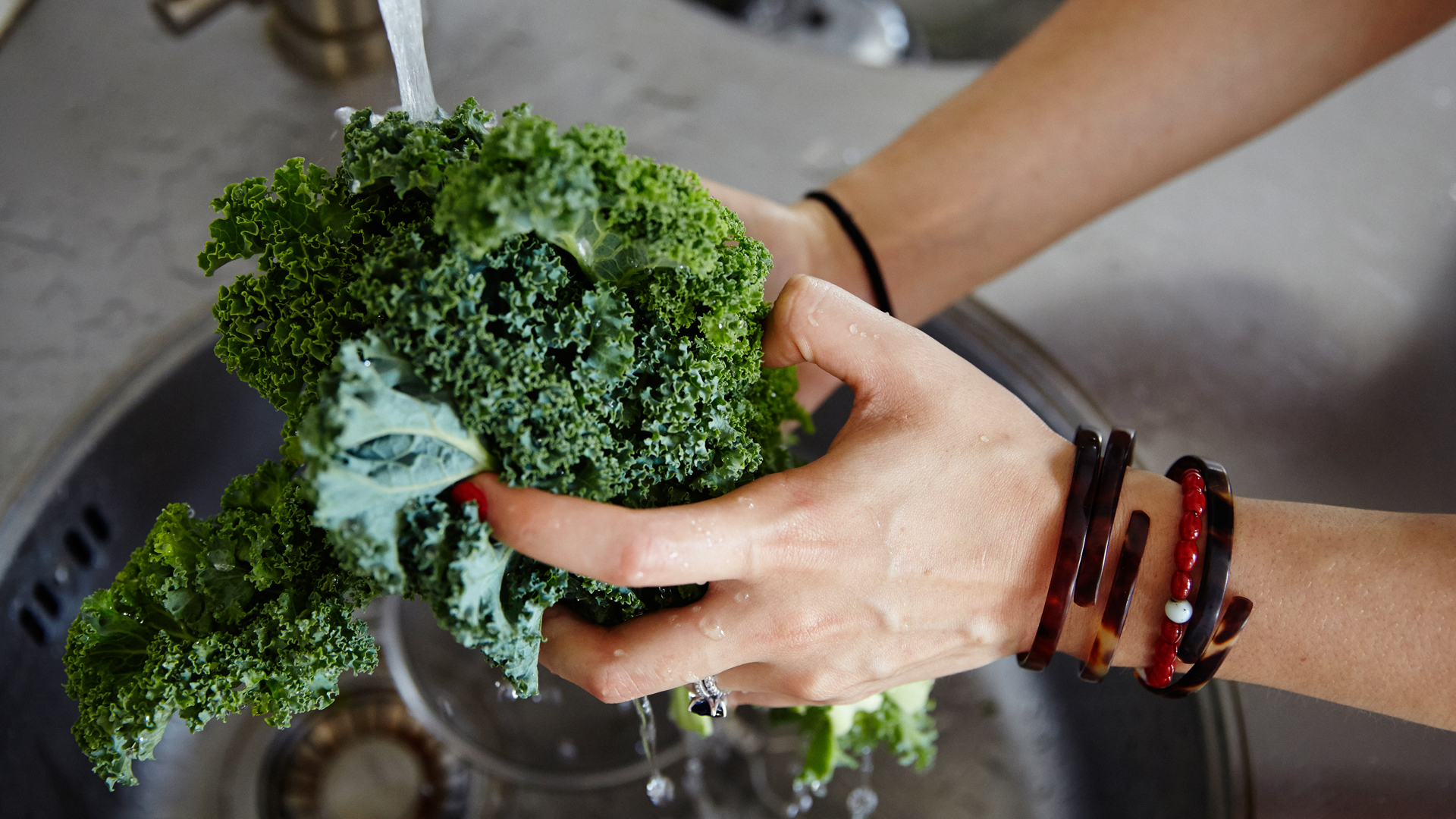 All these things contributed to me feeling these things in my stomach. I eventually went to see a doctor when I was in a rural beach town in the Dominican Republic – I couldn’t wait until I was back in New York. The doctor there told me I had a cyst on each ovary and that I should have them taken out right away. Back in the US, I went to see many other doctors, who all told me no, you can leave it, but keep coming in for check-ups. And months went by. The cysts were growing but the doctors still didn’t want to take them out. 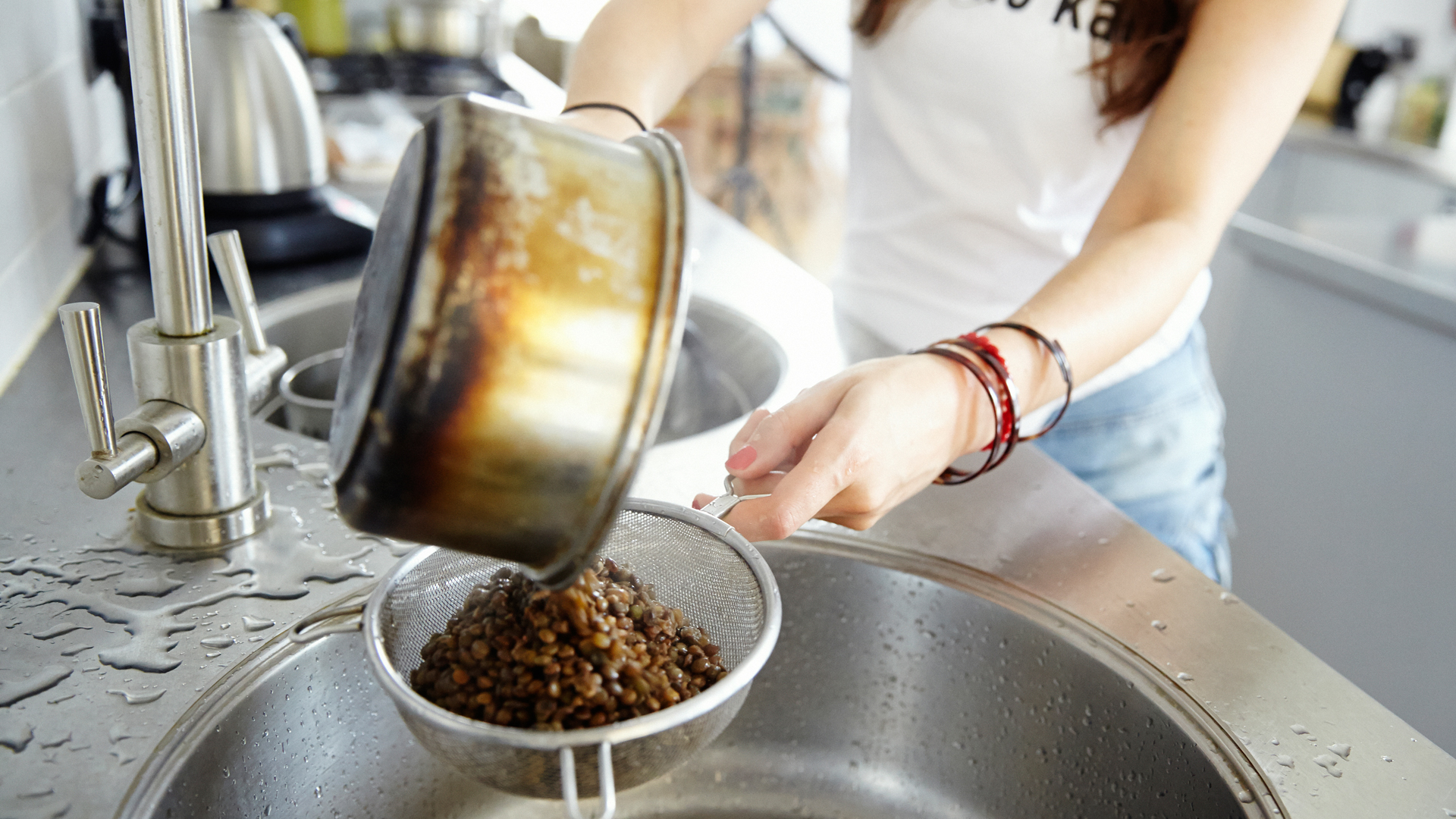 I eventually decided to quit my job and travel around Europe. Just before my flight back from Rome to New York, I suddenly felt like I was going to faint because I was in so much pain, and when I finally landed in New York I went straight to my hospital. I was there for 24 hours, and they eventually carried out emergency surgery. 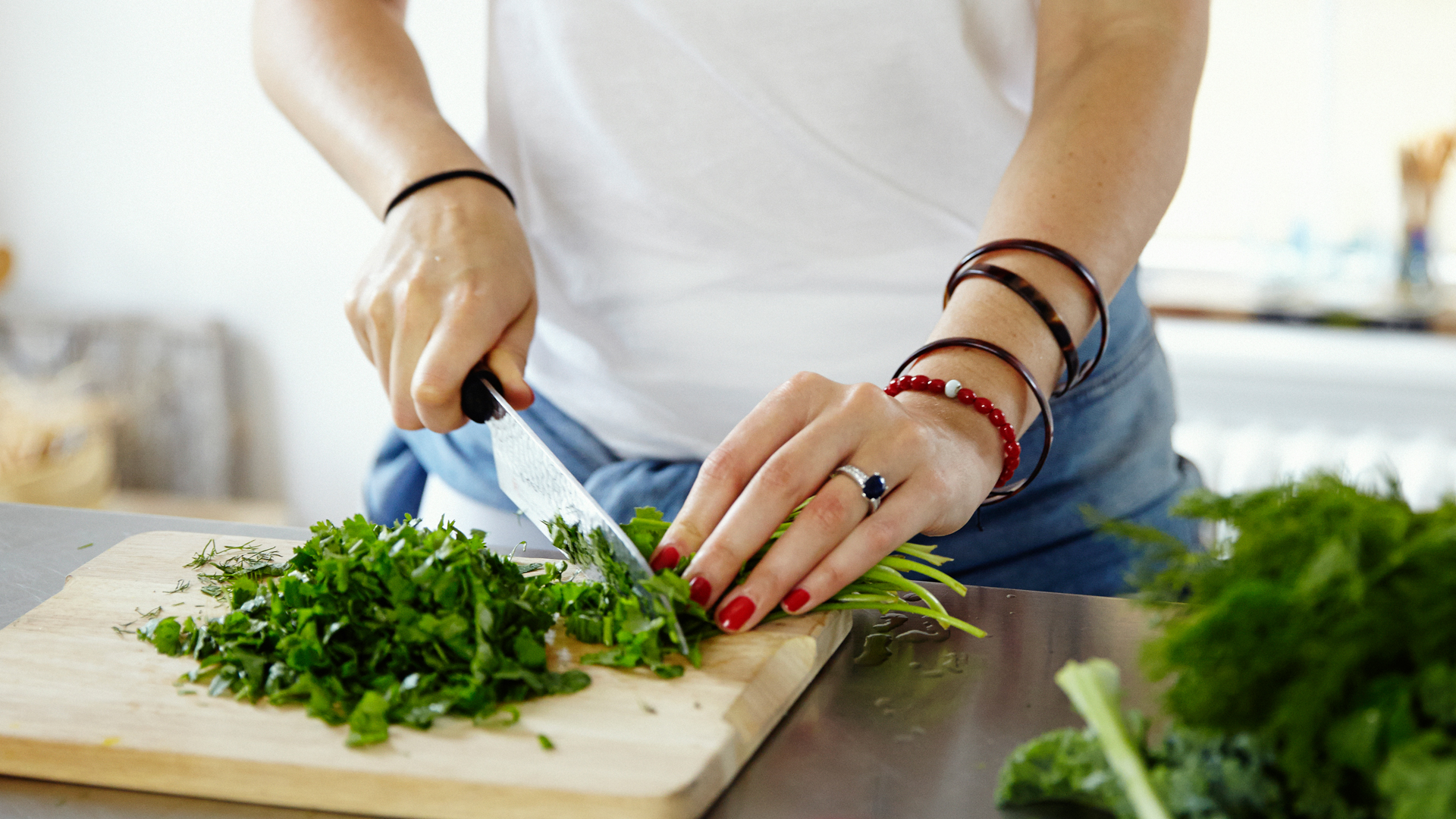 The cyst on the left ovary was benign on the outside but malignant on the inside. It’s called a ‘contained germ cell tumour’, and the malignant cells on the inside were shooting off the tumour markers. The doctors had identified these but had mistaken them for a pregnancy. They removed both cysts and they took out my left ovary as a precaution, although that turned out to be completely clean. Then they took out 30 lymph nodes, to see if it had spread, and all of them came back clean. There was no evidence of malignancy in my body other than that one cyst, which they had already taken out. 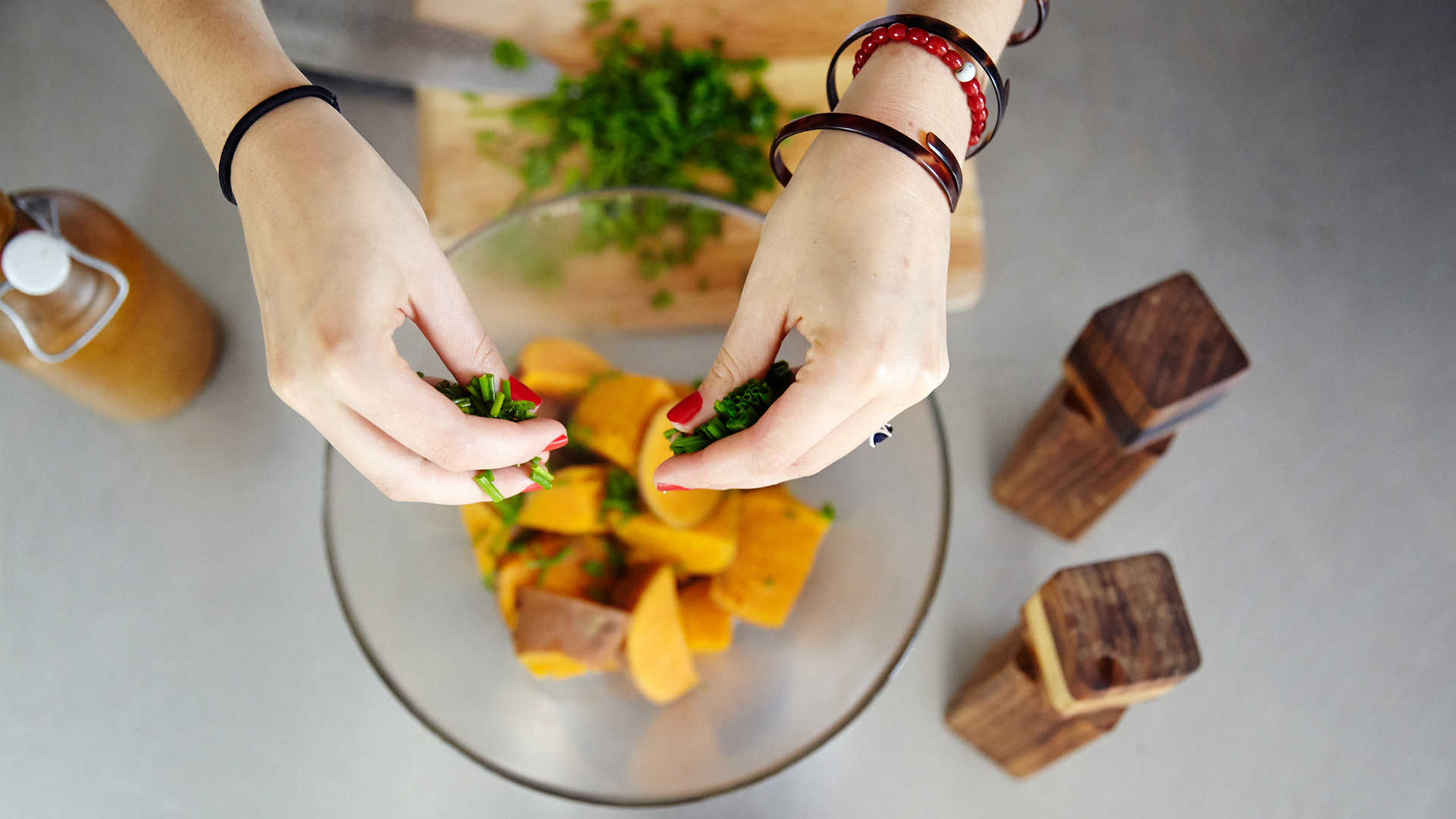 They recommended that I have preventive chemotherapy, which was going to be like a full-time job for three months. The drawbacks included countless symptoms and possible long-term side effects. 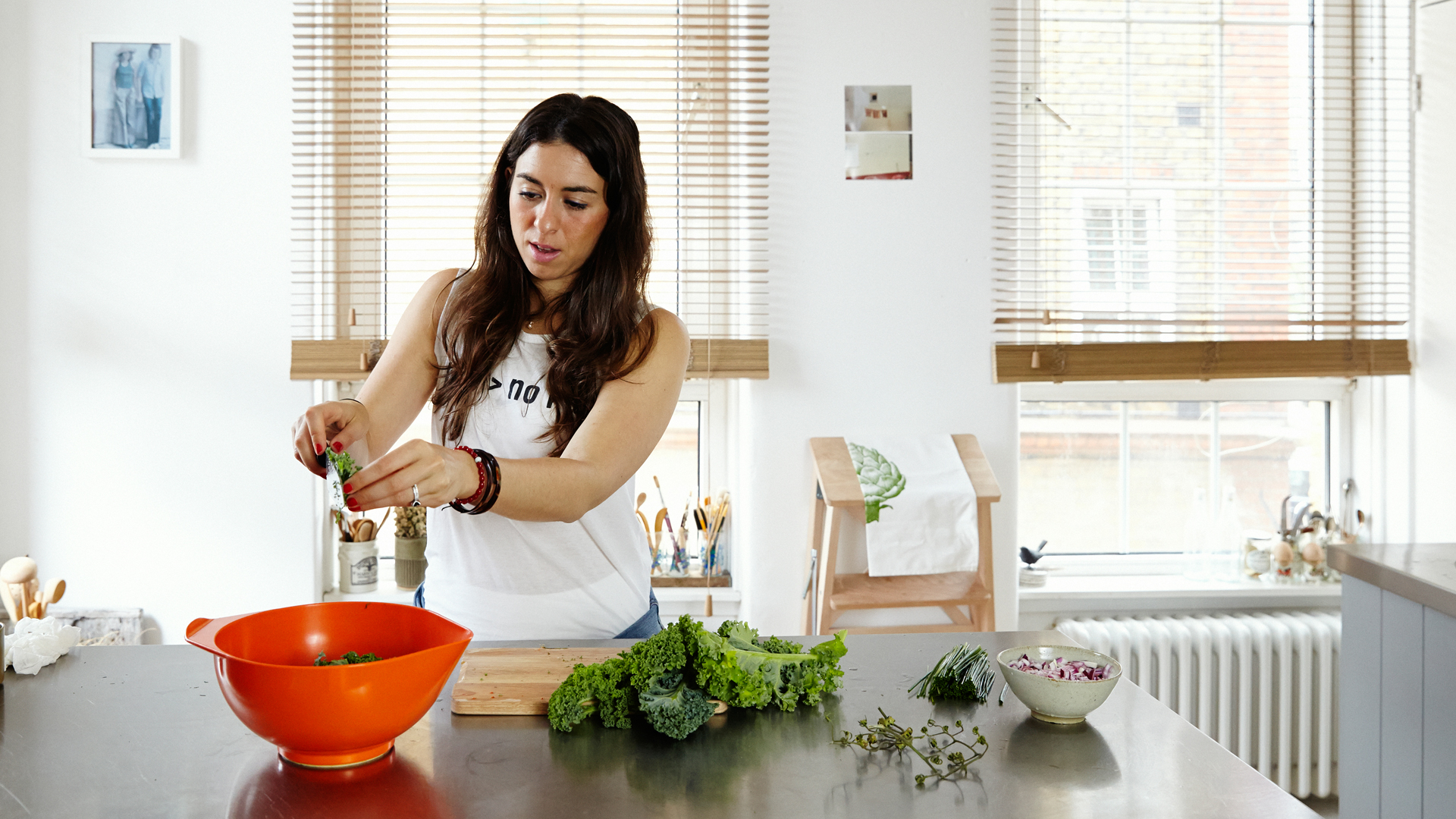 Alastair
What made you decide not to do the preventive chemotherapy?

Catherine
I couldn’t understand how getting preventive chemo would help me in the long term when there was nothing wrong with my body. There was no trace of the malignancy. And the chemo was going to totally take away my energy and affect my immune system, and as I saw it, make it more difficult for me to recover. As my left ovary had been removed, we asked what would happen to the other one. The doctors then changed from pushing me to have chemotherapy as quickly as possible, to giving me some time to freeze some eggs because the other ovary could stop working. I decided to freeze the eggs, which got the doctors off my back. Before that they were calling me every day. 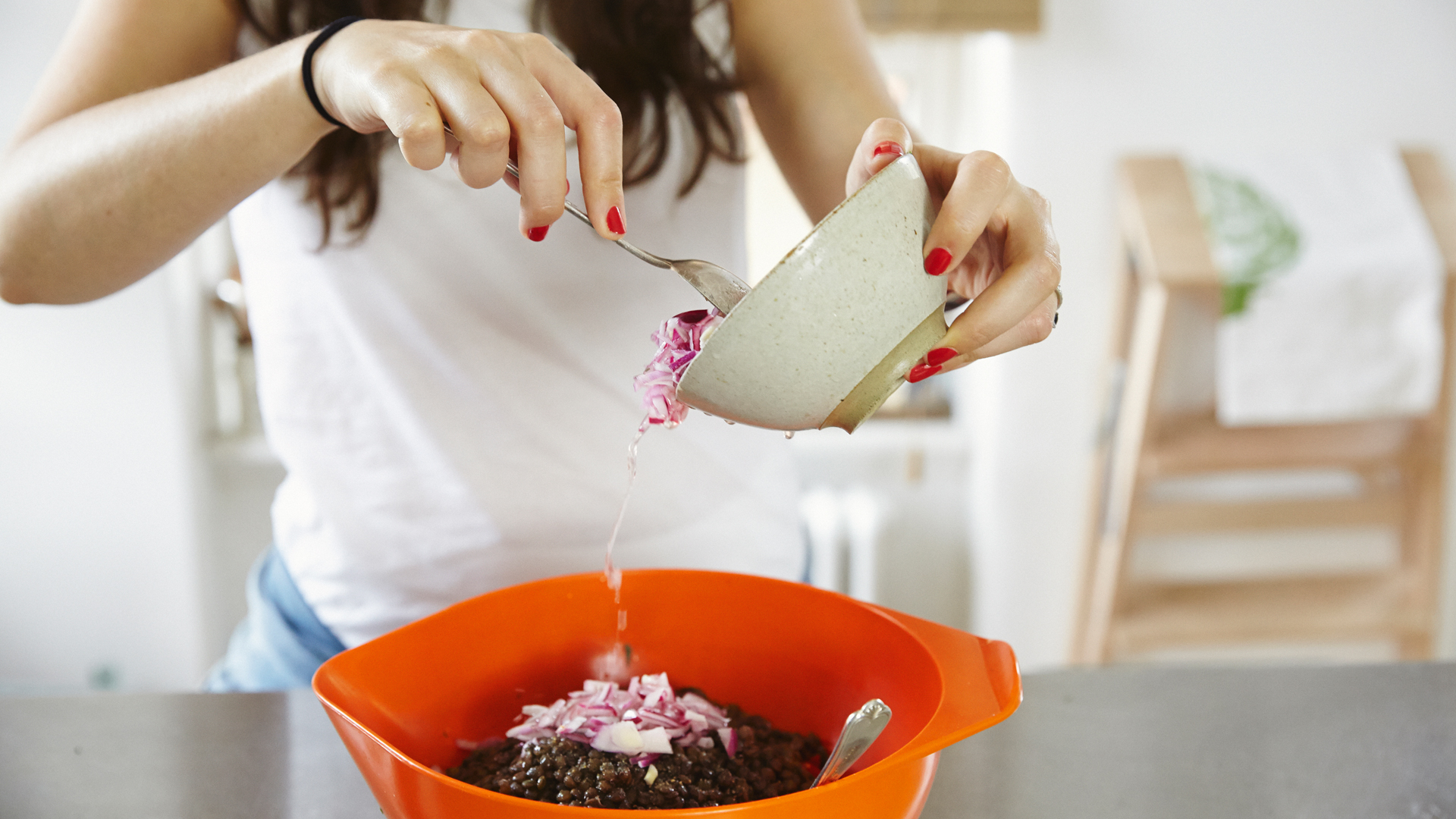 One day I ran across a book called Crazy Sexy Cancer by Kris Carr, a survivor of 12 years and she’s got this very easy-to-read book, all about how she was told she was going to die. She didn’t understand that, so she went raw. It’s all about the raw food theory and rebooting your immune system. And after reading that, I assumed I could do it too. So that’s what I did. Overnight I just went raw and started juicing. I’m Hispanic, so up until that point my diet was all fried food and meat, with no vegetables whatsoever. 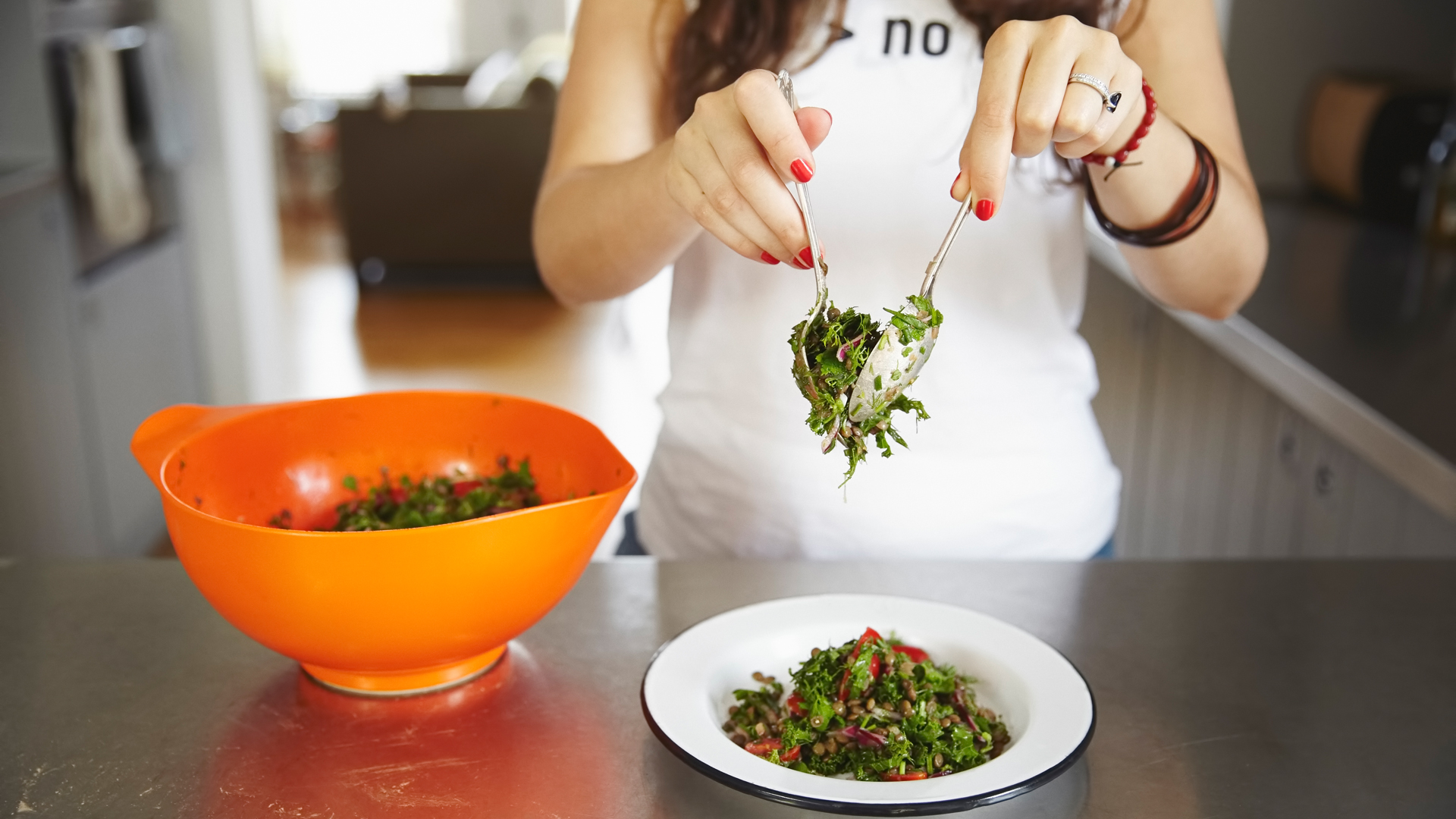 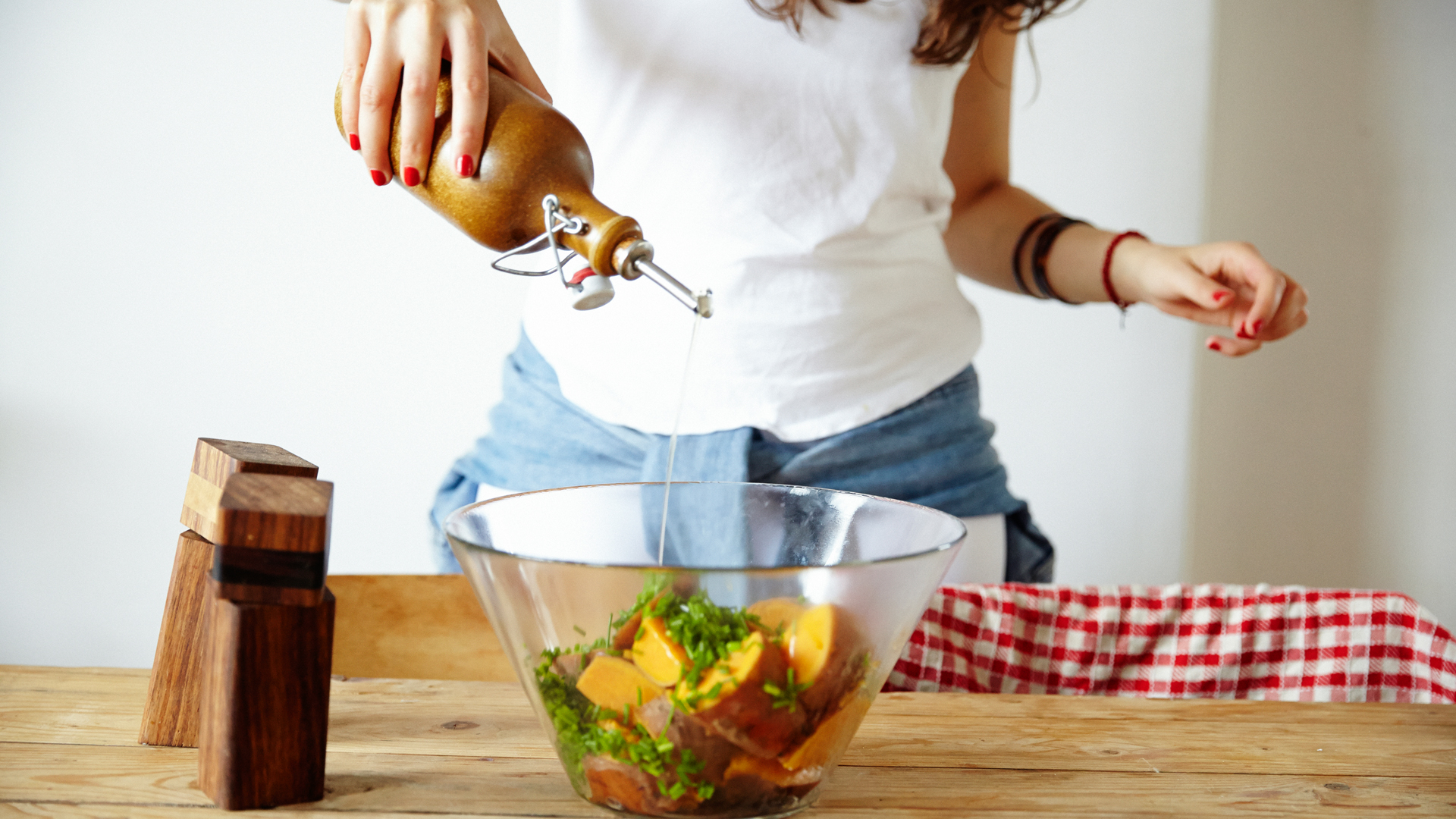 Whatever your diagnosis may be, it’s really all about your perspective on life, your environment and your lifestyle. That is what is going to drive how your body feels and how your minds feels.

Alastair
How did this change in attitude affect your lifestyle?

Catherine
I moved down to Florida to work on Obama’s 2012 campaign. And from that moment it was a different picture. I was living in a place where there’s sunshine, I had this amazing job that wasn’t as demanding, although it was more important. I was eating well, and I fell in love and we eventually got married last year. Whatever your diagnosis may be, it’s really all about your perspective on life, your environment and your lifestyle. That is what is going to drive how your body feels and how your minds feels. 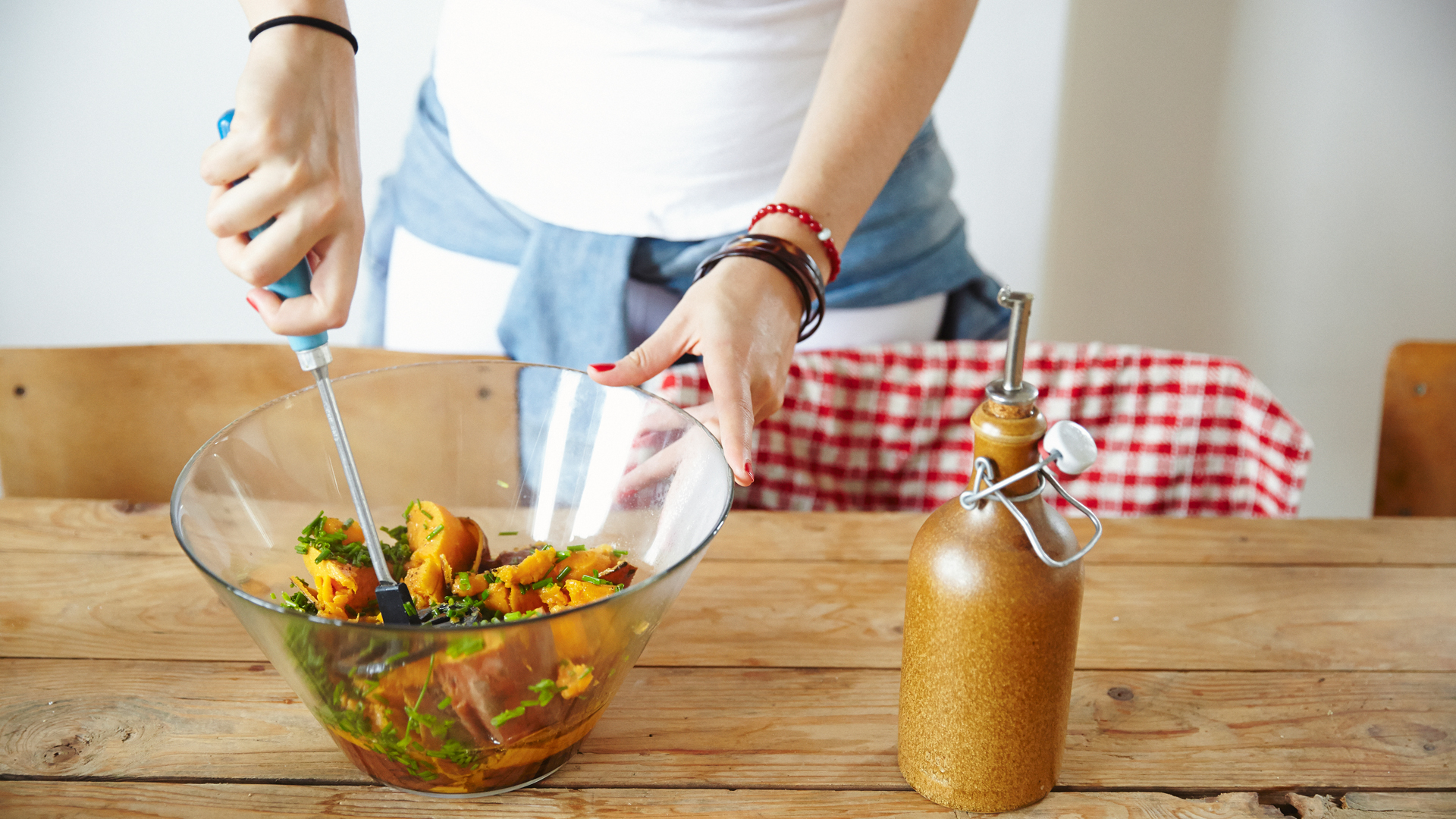 I kept on getting my tests to make sure the tumour wasn’t coming back, and the markers stayed very low. I felt incredibly well and so clear, and my mind was bright. Each person, body and immune system is different. I think things are changing and eventually we’re going to realise that chemo is effective for some people but maybe not for everybody. And at the moment they treat it as if everybody needs chemo, and I think that is the issue.

Alastair
How did you come up with the idea for GreenHopping?

Catherine
My husband and I moved back to New York and I took another agency job and that was when I started to develop the GreenHopping idea. When I came to New York I saw all these raw food places and juice bars. They’re easy to find if you are just walking in New York but if you are in desperate need of food, or if you’re at work and you need food, it is hard to know what they’re called or how to find them. 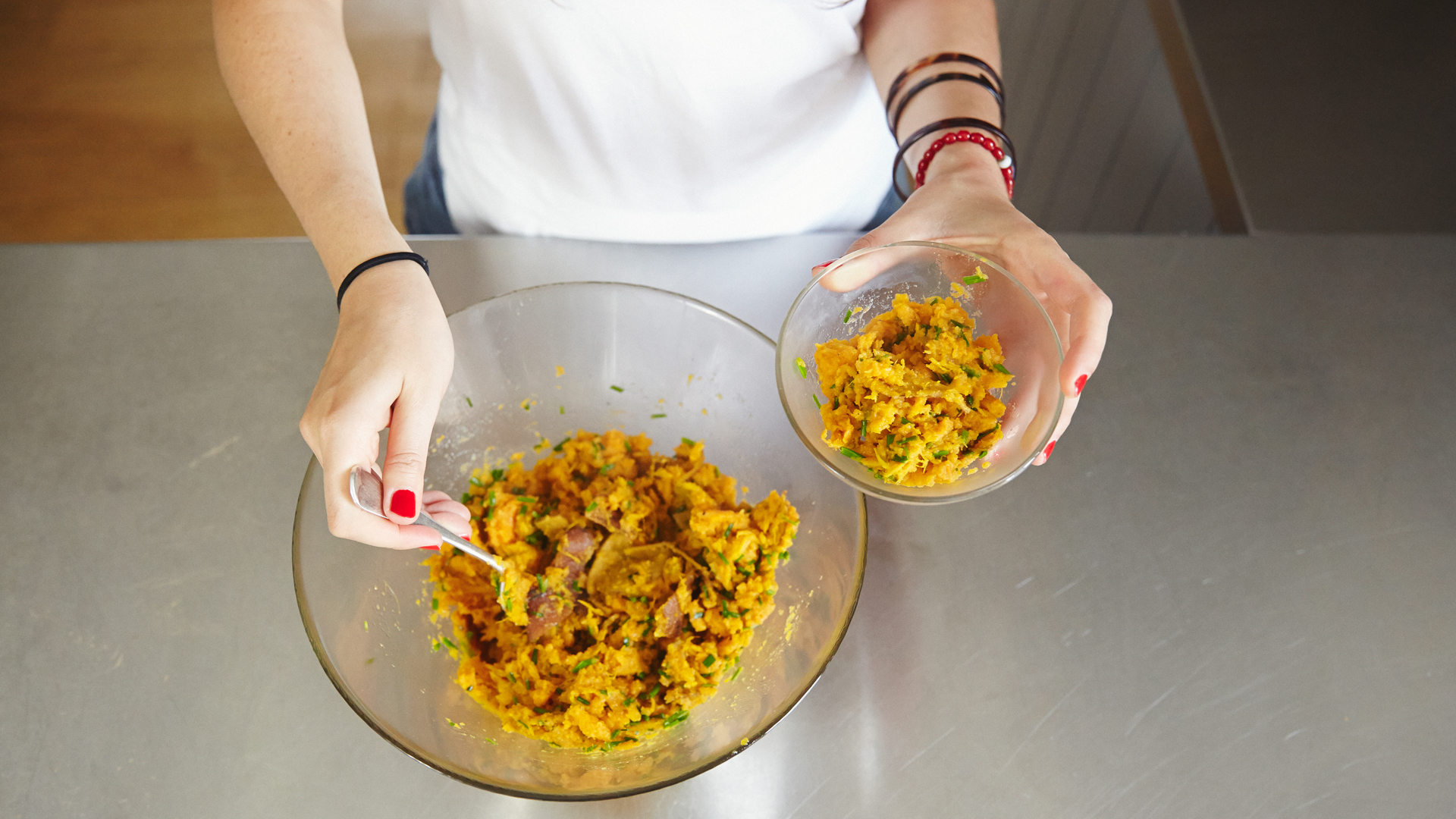 And that’s how GreenHopping started, because we want to make it easier for people who are searching for these places, and for the huge demographic of people who just want to eat better and feel better. We launched towards the end of November 2013 and that was the beginning of me becoming an entrepreneur. 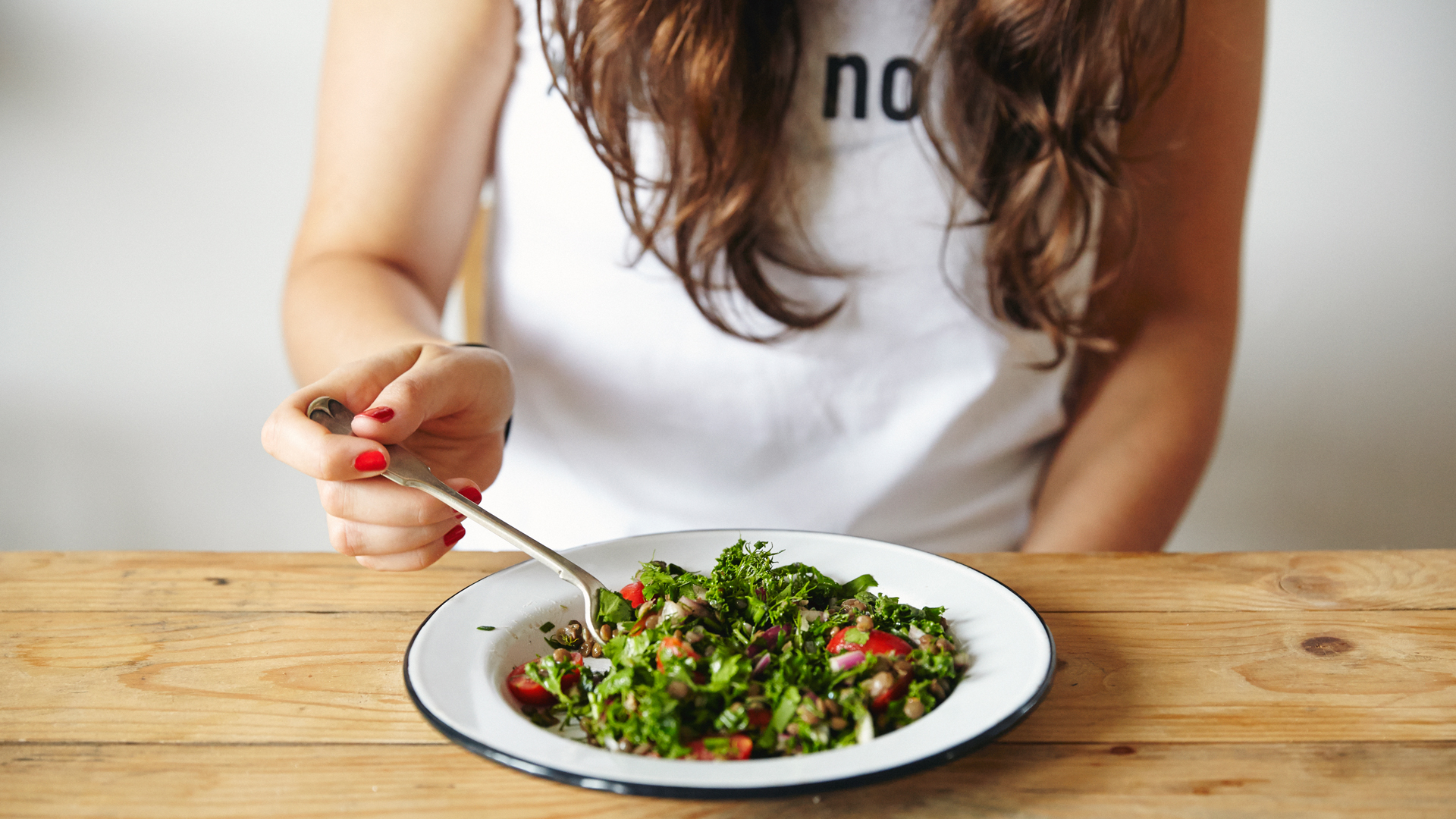 Alastair
And what are you working on for the app in the long term?

Catherine
At the moment we’re working on the delivery aspect, where you pay through the app and you order it for delivery or pickup. We’re currently in a pilot phase for this. The long-term vision for GreenHopping is for it to become your go-to ordering platform for healthy food. Green juice bars with organic and plant-based options. At the moment we’re focused on the US, and once the model works we can expand it further. GreenHopping’s mission is to make people more aware. Because if you are at least aware of what options you have, you can make a healthy choice. 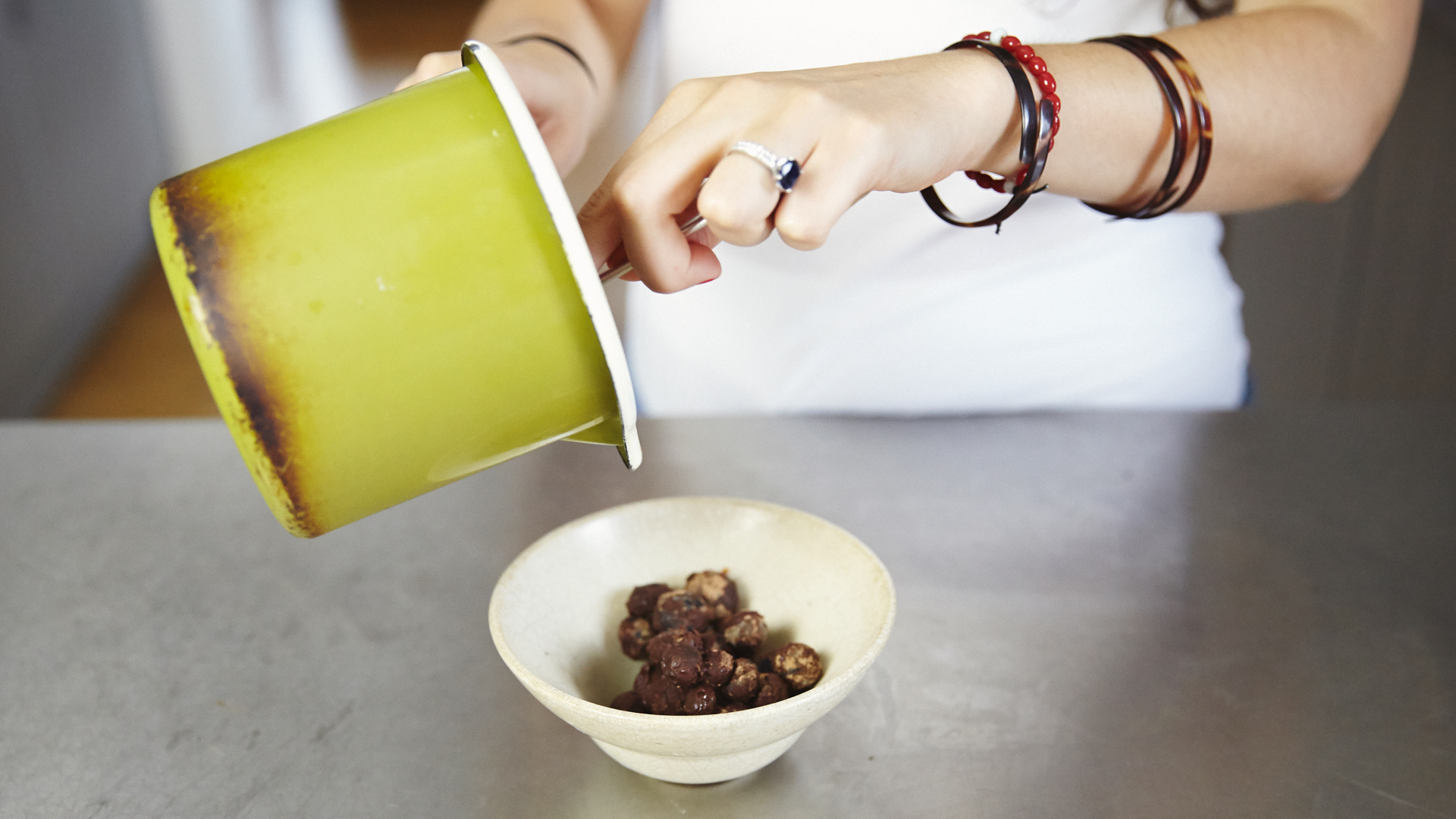 I just try and eat real food. And if I can get away with some raw ingredients, or cooking as little as possible, then I’ll go for that.

Alastair
And you’re preparing some healthy recipes to share with our readers. What’s important to you when you’re cooking?

Catherine
I try to never cook with oil. I’d rather cook with water. I’ll add the oil at the end, for flavour, like in my recipe for French Lentils with a Tonne of Herbs, but I won’t use it for cooking because of what happens when you heat it. It’s also important to have a lot of greens all the time. I’ve never got tired of spinach. I’m not raw any more, but I’m a very picky vegan – I just try and eat real food. And if I can get away with some raw ingredients, or cooking as little as possible, then I’ll go for that. 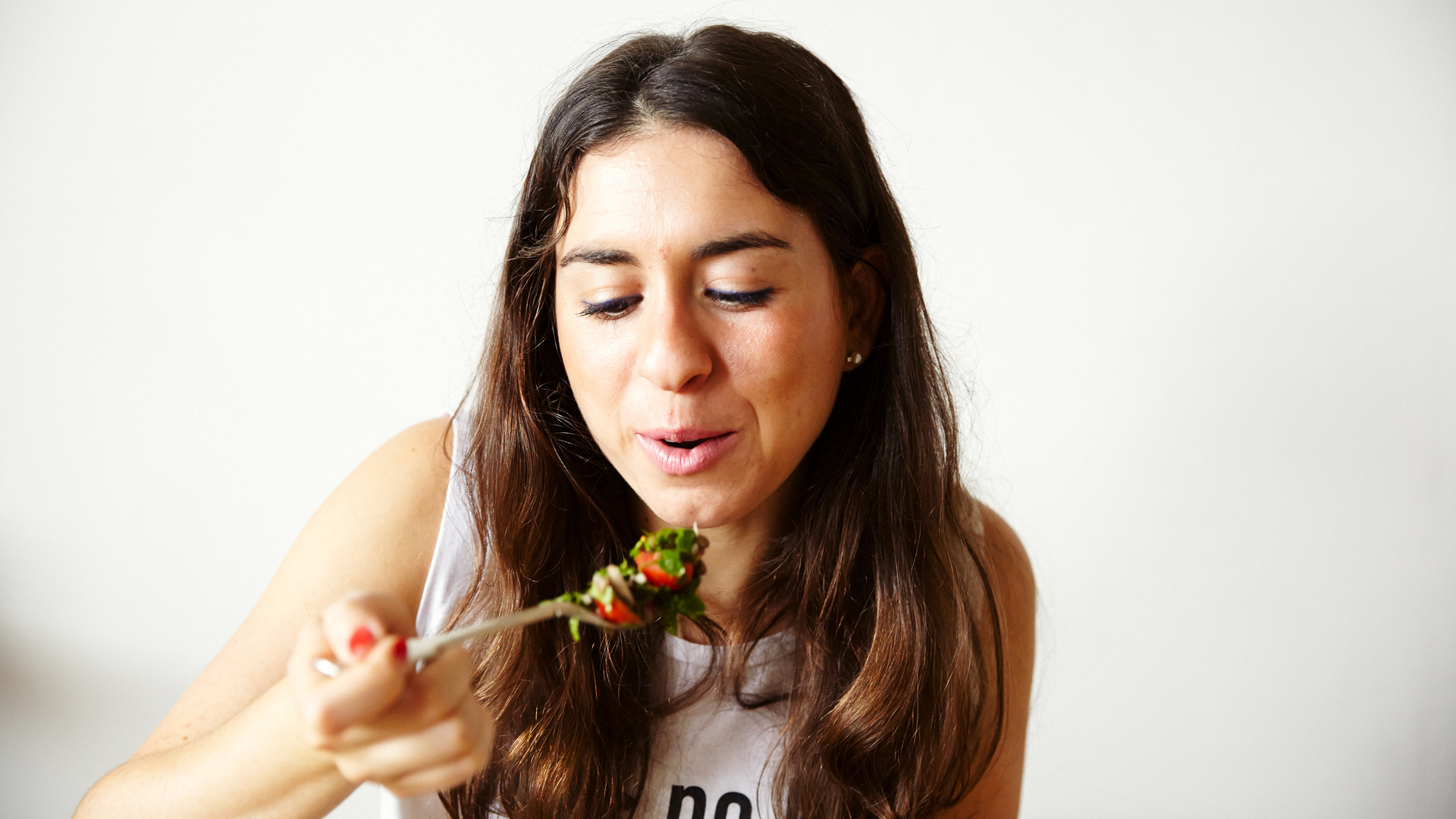 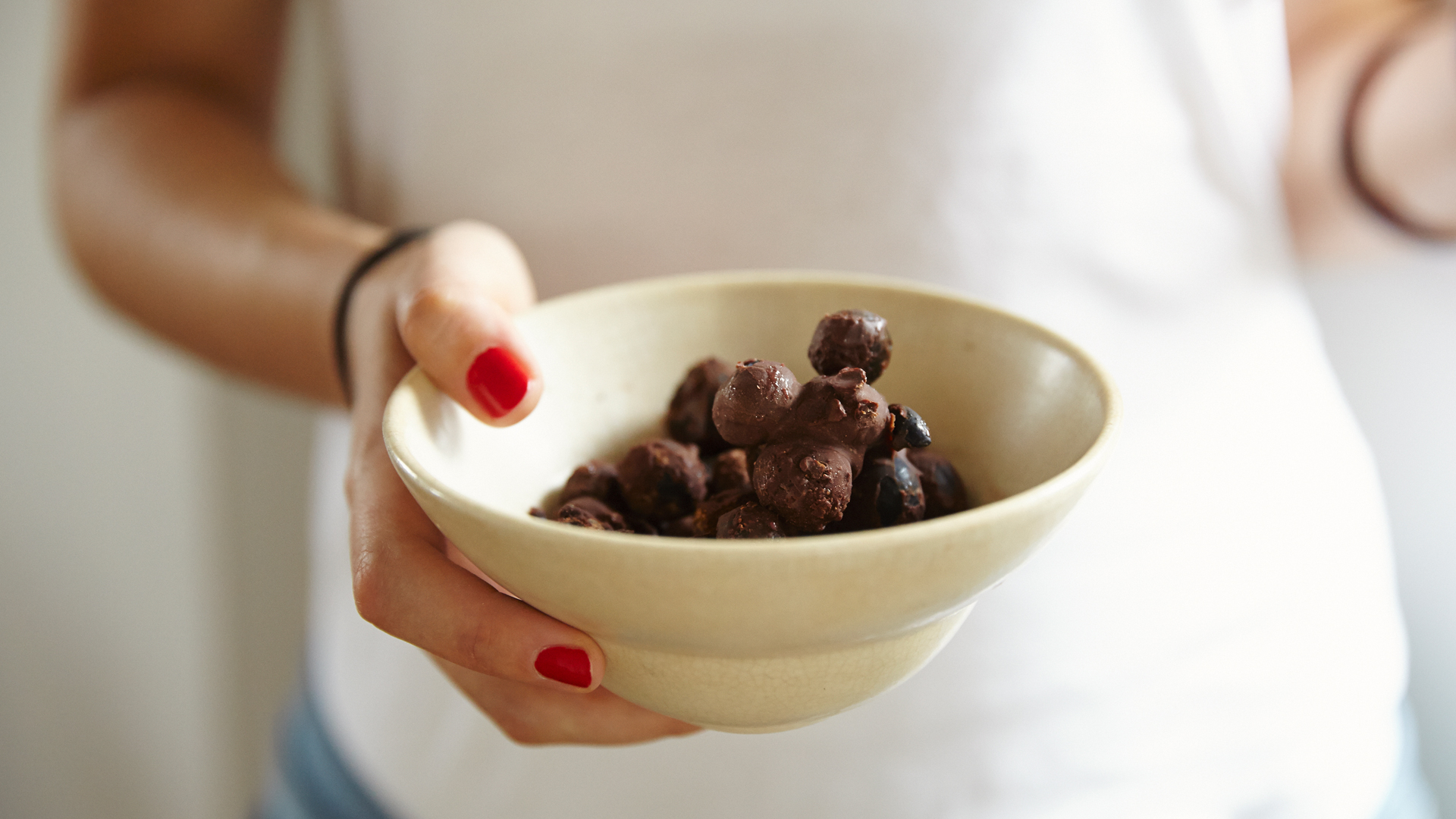 We are not a medical site and do not hold ourselves out as in any way medically approved. You are advised to exercise caution at all times. For more information please refer to our Terms and Conditions.

Try not to be obsessive. If your lifestyle is extremely healthy, it’s ok if you eat something less healthy once in awhile.