For people in the know, raw kombucha is all the rage in the USA. The fizzy fermented drink is gaining a following in Europe, and Lucy Darke, Audie Hillock and Linn Freyer founded the Berlin Kombucha Society (or BKS for short) to answer the growing demand in Berlin. Foodadit first discovered the BKS at Berlin Food Week, where the founders were talking to everyone about the benefits of raw kombucha. I met them at their new deli (Alt-Treptow, Berlin) to find out how they are bringing it to the people of Berlin.

If you’ve never heard of Kombucha, or never dared ask what it is, it’s a kind of fermented tea, produced with a SCOBY (symbiotic colony of bacteria and yeast). The result is a drink that is fizzy, sour and has a taste like no other. It is said to help maintain a healthy balance in your stomach, and boost your immune system. It is not completely sugar free, but the sugar content in it is considered to be pre-digested, making it much easier for your body to process. You can buy it in health stores, but this is almost always pasteurised and usually incredibly sweet. “I think we are the only producers of pre-bottled, raw kombucha in Berlin,” explains Lucy. Leaving the kombucha unpasteurised means that you still get the health benefits from the bacteria present from the fermentation. 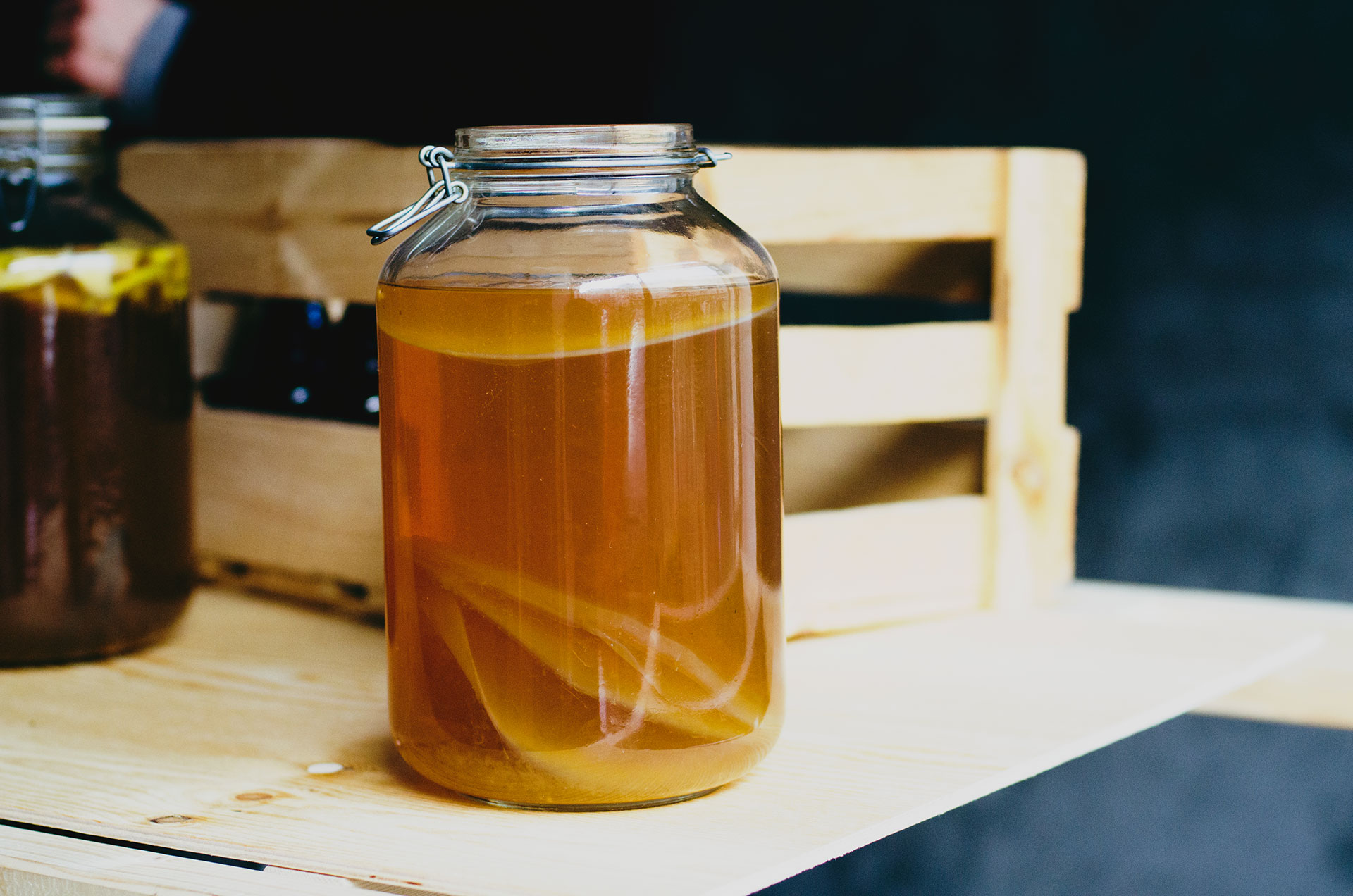 Lucy learnt how to make kombucha when she was living on a farm in California – “I became addicted to it and when I came back to Berlin, I started making it.” And together with Audie and Linn, they founded the Berlin Kombucha Society. They’ve now been selling kombucha for about 6 months in a few locations across Berlin and in the first week of January 2016 they opened their own café and deli, where they’ll sell their kombucha and other nutritious products such as, freshly pressed nut oils, sauerkraut and nut cheeses. All three of them are devout coffee drinkers, so it’s also a given that they will have the best coffee on offer.

The founders have noticed that the fermented tea is becoming more popular. “We were working in two of the cafés where they were selling it, so we were fortunate enough to see some of the guests enjoy it. A lot of people look at a big selection in the fridge and think, I want something that I haven’t tried before, something a bit adventurous,” explains Audie with a smile. People are also experimenting with brewing it themselves. Linn adds, “we gave our plumber some and he was like, oh I have my own at home!” 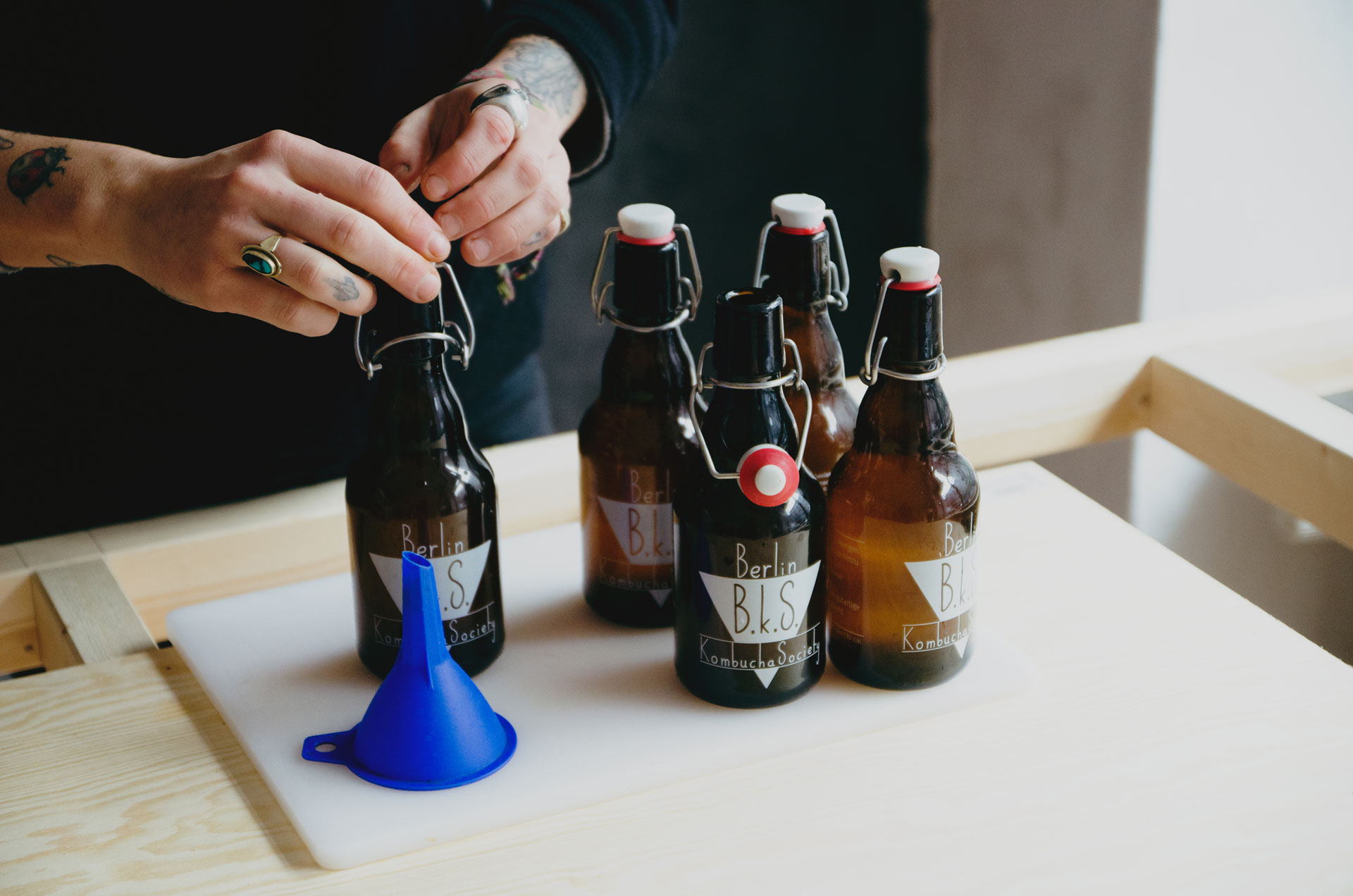 The owners of the Berlin Kombucha Society are hoping to build a community of people who care about what they eat and drink. Audie points out, we don’t just want people to come and get nice things from us, we want to help people make better food themselves and their families too, by creating a place where people feel welcome to ask questions and learn.

We don’t just want people to come and get nice things from us, we want to help people make better food themselves and their families too, by creating a place where people feel welcome to ask questions and learn.

This will happen in the form of short classes, on themes such as fermenting kombucha or sauerkraut, but also on how to use the equipment to make a decent coffee. “We might do a class on making vegan nut cheeses, or dehydrating, to let people have a go with a high speed blender or dehydrator before they invest in one,” says Lucy. Their inspiration is based on what they themselves wish to try out, and Audie puts it best – “we’re always experimenting with different ways of eating and finding the tastiest ways of doing things. So we’ve definitely got some tricks up our sleeves.”

If you’re feeling adventurous, try making your own kombucha with the Simple Kombucha Recipe and the Apple and Cinnamon Spiced Kombucha recipes below from the Berlin Kombucha Society. 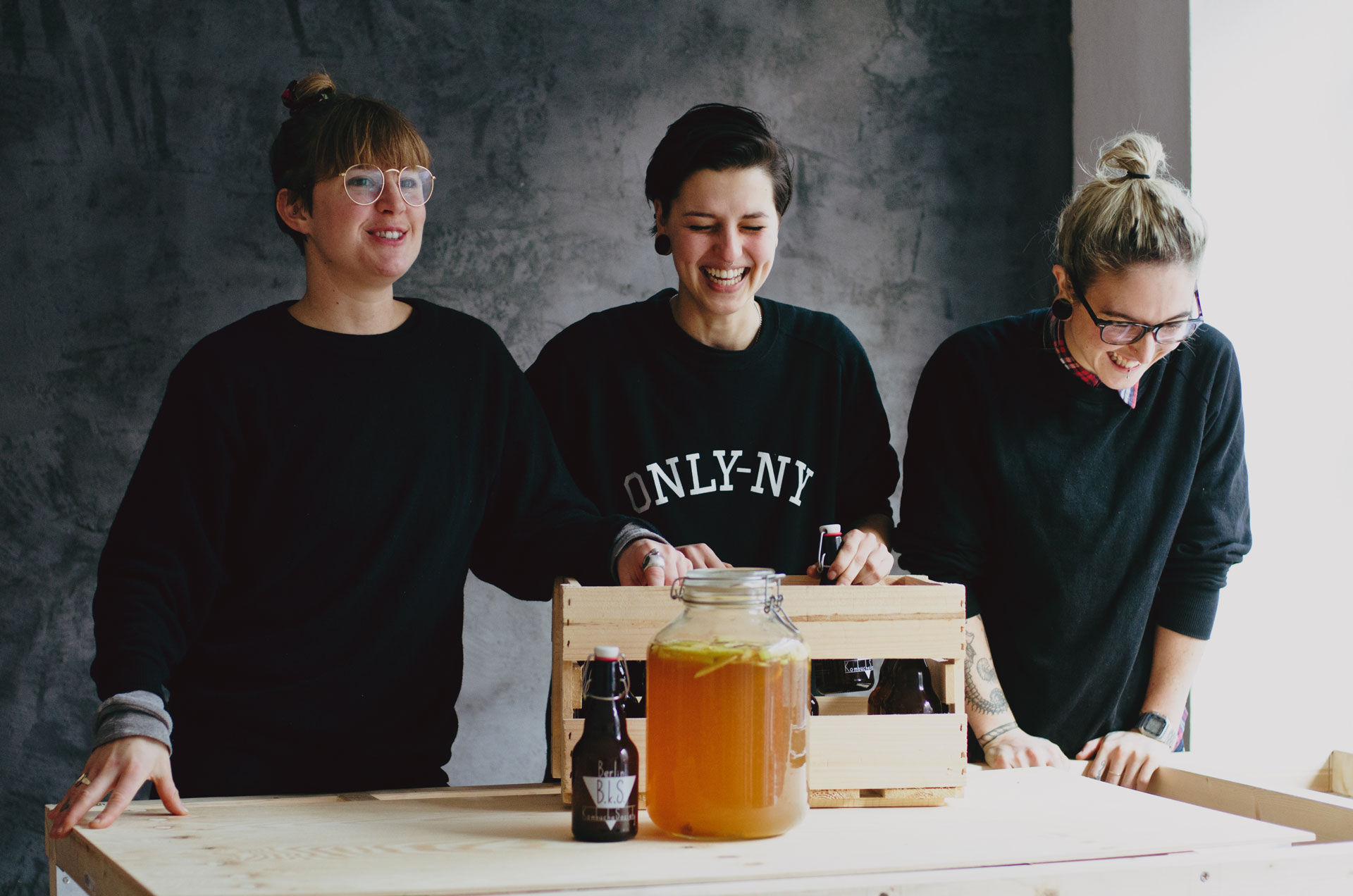 Have fun in the kitchen, don't be afraid to adapt and play with recipes.