A few years ago Karen Arkell was suffering from severe digestive problems which were really impacting her daily life. She tried various eating plans, homeopathy and eventually probiotics. This process revolutionised her diet – she went from eating convenience food to unprocessed whole foods, and also found that stress and exercise play a huge role in her digestive health. I spoke to Karen about how she persevered with different treatments and eventually found a long-lasting solution that works for her.

Alastair
When did you first start having problems with food?

Karen
In 2007 I spent a summer teaching in Tanzania and picked up a really nasty bug which resulted in me being admitted to hospital. I was really poorly, but they couldn’t identify what was wrong with me, so they gave me a cocktail of pills. Temporarily I was ok, but when I returned to the UK, I was so sick, and couldn’t eat or return to the diet I was used to. I would find myself doubled over in crippling pain, with no consistent symptoms, which included bloating, chronic cramps and digestive unease. I tried every fad diet, and in the end found I was eating less and less as I was so afraid of triggering the symptoms. 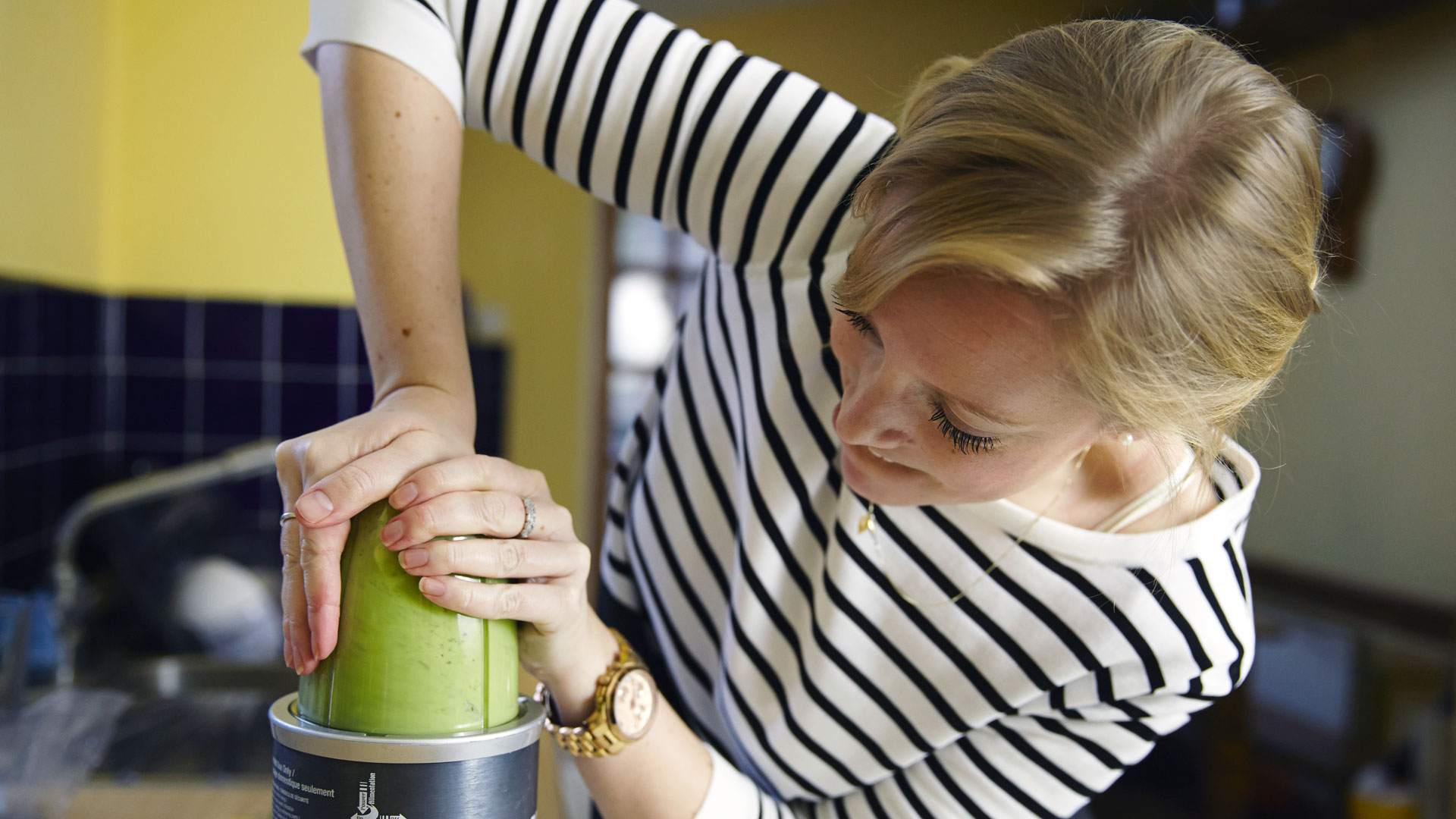 Alastair
Who did you get support from?

Karen
I was taking advice from lots of different people – doctors just told me to keep trying different things and they gave me fibre sachets, peppermint oil, but nothing really worked. When you’re suffering it’s tempting to use the internet to self-diagnose and I certainly did this on more than one occasion – but I learned to be so careful, a quick Google search shouldn’t be mistaken for a medic’s 7-year degree – I thought I had everything from bowel cancer to Crohn’s disease.

In 2010, I sought the help of a homeopath because things were becoming unmanageable. I was pretty skeptical but she was interested in what I had to say and we sat for an hour, which was quite a change to five-minute doctor’s appointments. Each session she’d diagnose me with a list of sensitivities and would then give me homeopathic remedies to try and desensitise me against them. We also talked a lot about avoiding certain foods and soon I had a list of foods to cut out, which we constantly reviewed. It was bizarre, but it seemed to work. For the first time in my life, I was much more in control of my diet. 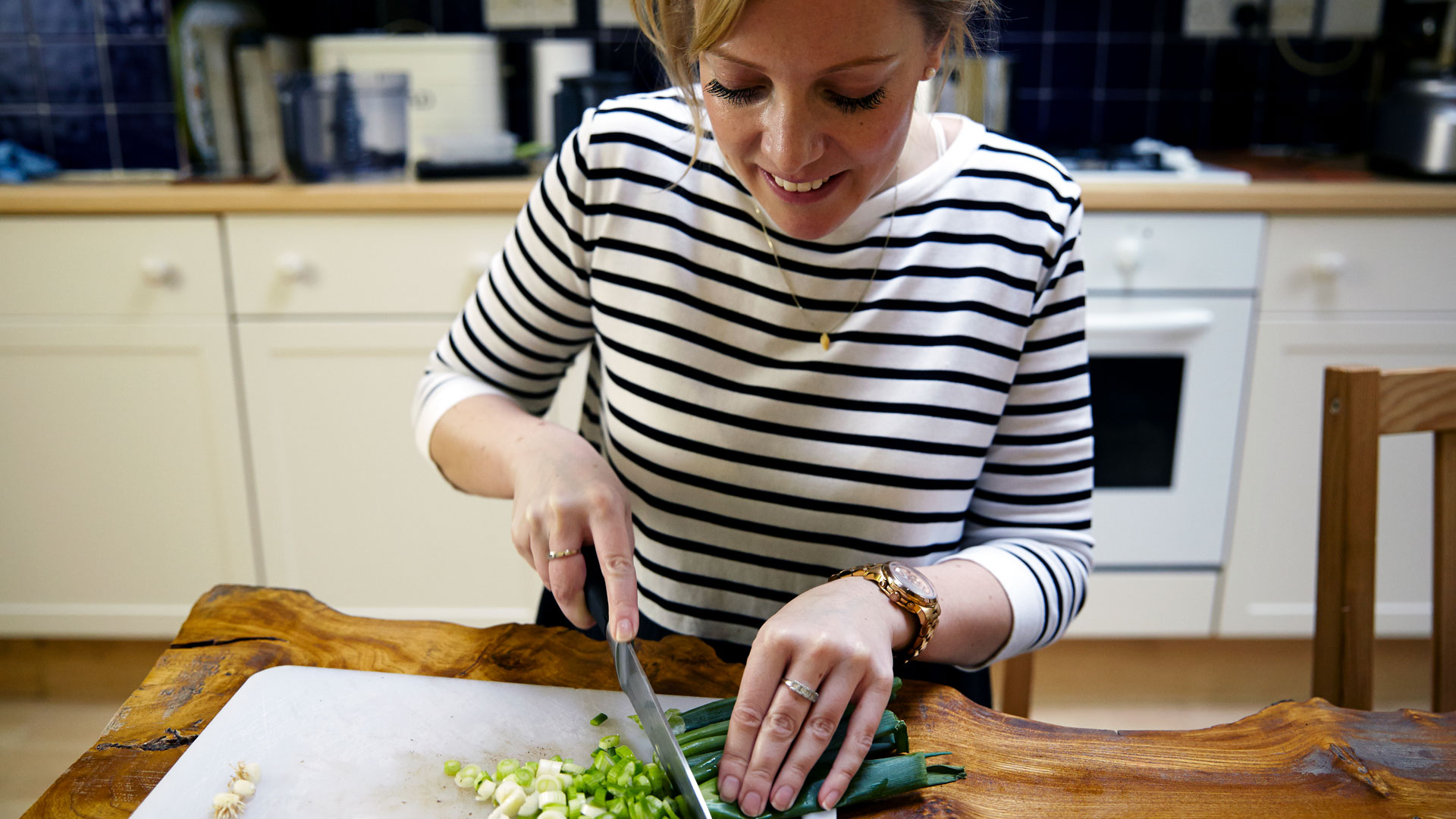 However, after a few years, all my symptoms from before started reoccurring. The homeopathy wasn’t working any more. At that point I’d lost a great deal of weight because I was living on such a restricted diet, terrified of eating anything. My boyfriend at the time was a real shining light and encouraged me to see a gastroenterologist, which I did.

The doctor ran a whole series of tests, including a breath test, an MRI scan and a colonoscopy to build up the whole picture. The results showed that the antibiotics I had taken over the years for various things had killed off all the bacteria in my stomach and my gut had never really recovered from that.

The results showed that the antibiotics I had taken over the years for various things had killed off all the bacteria in my stomach and my gut had never really recovered from that.

He put me on probiotics and it was miraculous. I now take a high concentration probiotic that you mix with water. I was having two sachets a day to start off with and gradually I have cut this down to three or four sachets a week. 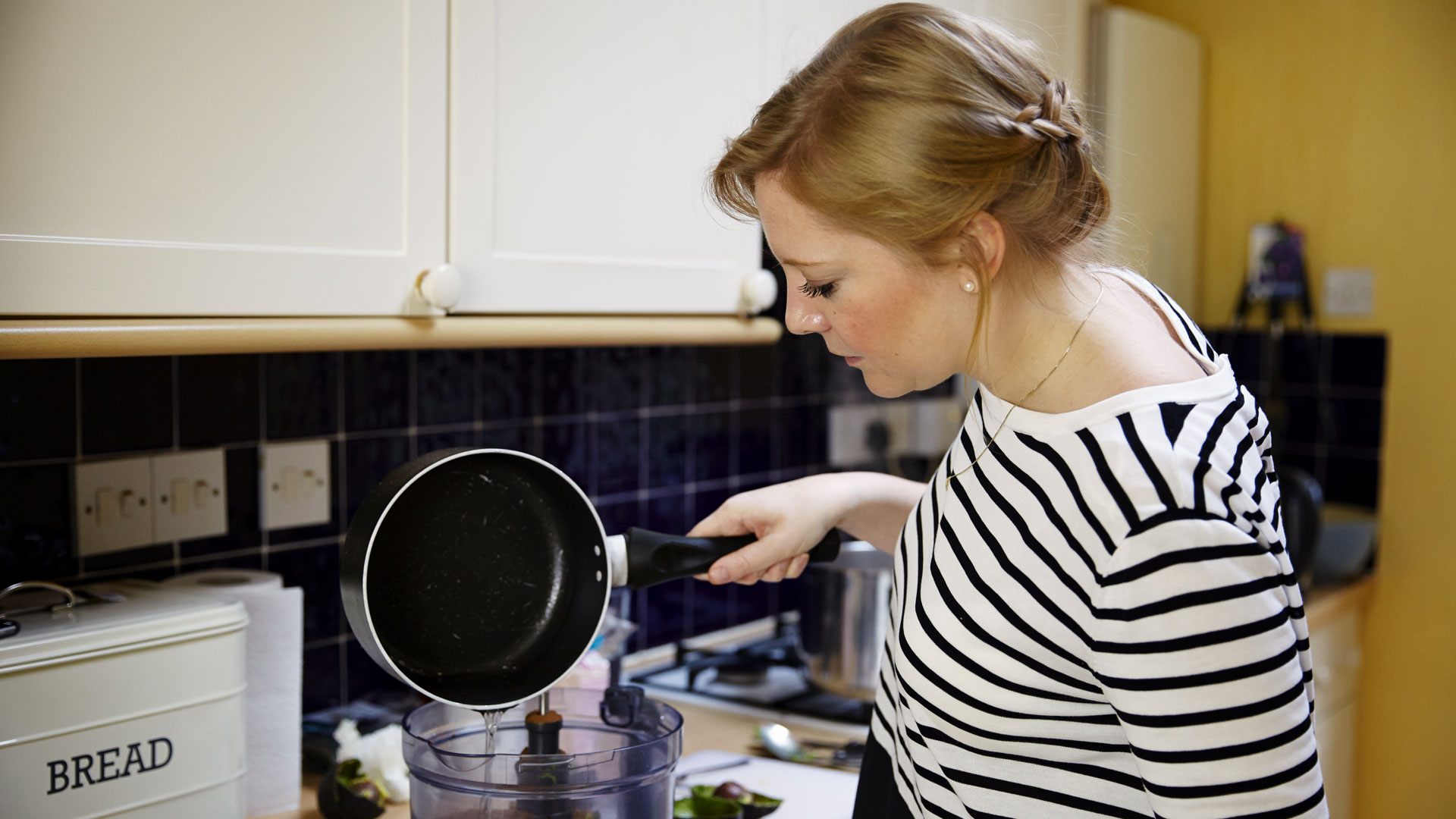 Alastair
How have you adjusted your diet since you received the results?

Karen
When the symptoms started reoccurring I started to experience feelings of being afraid of what I was putting into my body, which meant I almost entirely eliminated processed food from my diet. As I began scrutinising my food intake, reading labels and paying more attention to what I was eating, I became more interested in cooking. I’ve learnt to be much more confident in the kitchen and now really enjoy cooking meals from scratch.

There’s no one food philosophy which I follow – instead I take snippets of advice from many. Generally I eat whole foods, avoid sugar, processed food and where possible I buy organic. I don’t always manage this, we aren’t perfect, but I feel so much better when I eat well – so this always keeps me motivated. 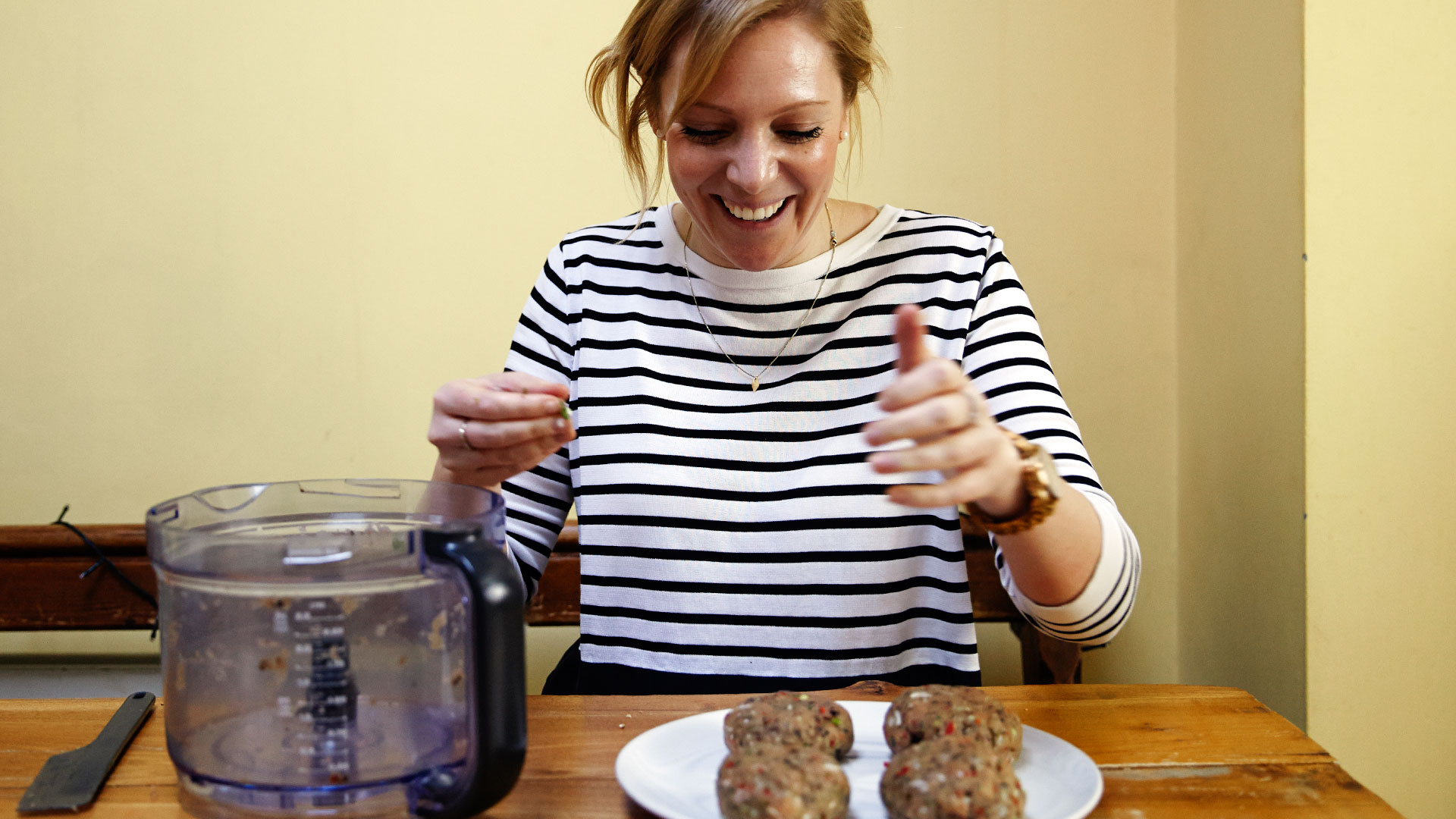 Alastair
How are you feeling now you’re taking probiotics and conscious of what you’re eating?

Karen
For a long time the probiotics were like a silver bullet – they put an end to all the symptoms. Then I went through a period of stress and annoyingly a few of my symptoms returned, but they were over much more quickly. I think that an extreme change in diet if you are abroad, for example, or an extremely stressful situation can have a huge effect on your health in many ways. I’m conscious that I have to be careful all the time, but it’s less of a daily concern for me.

Alastair
Have you made any other lifestyle changes?

Karen
I think exercise is key for staying balanced. Exercise relieves stress and your gut is your second brain so it’s important to keep both of these healthy!

I think exercise is key for staying balanced. Exercise relieves stress and your gut is your second brain so it’s important to keep both of these healthy!

So when I practise yoga, go to bootcamp, or a spin class it significantly improves my mental, physical and gut health.

Alastair
Now you are aware of what to avoid, how do you find eating with friends?

Karen
I still hate turning up to a dinner party and saying that I can’t eat something. All of my friends are so lovely about it, really understanding. It makes me feel so loved when I turn up at someone’s house and they say I got you tortilla chips or gluten-free bread because I know you don’t have gluten. I find it really touching when someone else takes your needs into consideration. 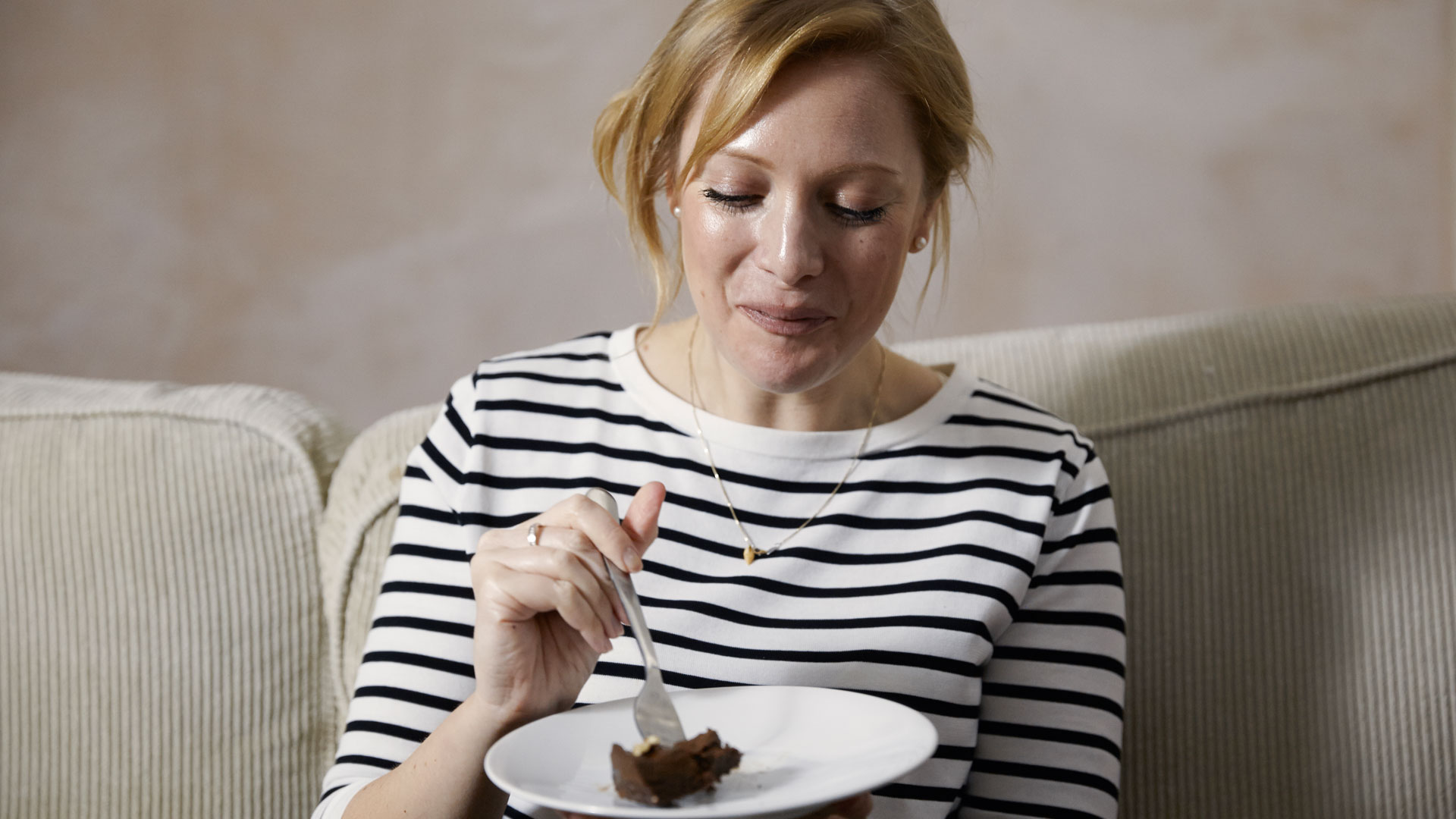 We are not a medical site and do not hold ourselves out as in any way medically approved, this site simply contains recipes and information for users on this site. You are advised to exercise caution at all times.

For more information please refer to our Terms and Conditions.

Your mental health is linked to your digestive health. Invest in your mind with yoga, meditation or exercise to help maintain a healthy gut.